A downloadable visual novel for Windows and macOS

ON THE STREETS OF WESTMINSTER, LONDON

The Change Architect is a choice-driven protest simulator. With live camera feeds, an eagle eye view and friends on the ground, it's up to you to co-ordinate the safety and effectiveness of your demonstration from those who would look to do more than just disperse it.

“A powerful execution of micro-fiction”
The Escapist

Hundreds of thousands of people have amassed in London, as Baron Sugar is attempting to seize control of the country.

When faced with police rioting, provocateurs, and eventually the military, can you successfully resist?

This is a single, film-like scene. You decide Jemima's actions as she directs the crowd from above the streets, as well as directing the camera shots between the cinematic angles available.

The fifth of twelve small, experimental narrative games to be released monthly.

OTHER GAMES IN THIS SERIES

Far Few Giants is supported by our Patreon subscribers. If you'd like to follow our journey, we'll be posting one narrative game a month on Patreon, Itch & Steam.

Special thanks to our advance testers.

I played it on Linux (with Codeweavers's Crossover), it should work on ChromeBooks too: https://www.codeweavers.com/compatibility/crossover/the-change-architect

Just completed all three Sacrifices games. Holy fuck were those intense, especially The Change Architect. I feel bad that I didn't know these games existed when the Kickstarter campaign happened. If another campaign happens, I'm definitely backing it.

thank you so much, glad you got something out of it.

No worries about missing the campaign, maybe check out some of our other games & support us when the next one comes out!

The story is soo moving and true to its nature, I frickin hate it that I was narrating it. There's such an emotion to capture if you put yourself in the experience, aaaahhhhhh, I DID MY BEST! But seriously a great and inspiring product. I love the various perspectives you can use to inform you of what's going on, and of course, being able to switch camera angles really adds to the appeal. The overall experience really hits close to home, and makes the game that much more important! I hope 'The Sacrifices' are able to begin releasing again. The stories always penetrate DEEP!

I just finished playing this game today and it was such an immersive experience for me. I love the fact that you can change to different camera angles and that there was a chat implemented to monitor the whole situation of the protest which is a really nice feature. This game made me worry about the choices I pick and what would be the result of the choices picked, as I was honestly worried about what could go wrong in the protests.

The music itself added tension to the atmosphere as it escalated to an emotional stage that added more depth to the story. In conclusion, it's a compelling game with an engaging storyline and I loved every bit of it.

This game was really thrilling, I felt like I was sweating a lot while playing it. It definitely got me thinking about what can go wrong in protests.

It absolutely blew my mind that the military could act this way, especially in the UK. This really gave me a lot to think about - I look forward to experiencing The Sacrifice!

I have a consistent problem where the text on all of your games will instantly speed by without me pressing any buttons...

Very strange! Could you tell me a little more about your physical setup? Which mouse and keyboard you have, and whether you have any other input devices plugged in that you maybe aren't using?

I'm running the game on a Dell G5 with Windows 10 and the keyboard and mouse that came with my Dell Optiplex 360. I have a headset, an audio interface. and a Switch Pro Controller plugged in as well. Maybe that's what's causing the issue.

OK, it seems the Pro Controller was causing the problem.

Thanks so much for diagnosing that! Glad my suspicion about other input devices was correct because otherwise it would’ve been horrible to work out! We’ll see what we can do.

Thanks for the great game!

I liked playing with montage of the scenes by changing camera angles at different pace.

Music escalates wonderfully and makes for a wholesome experience. The contrast between escalating emotional intensity of the story and eery stillness of the scene is unsettling. 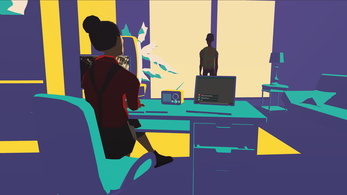 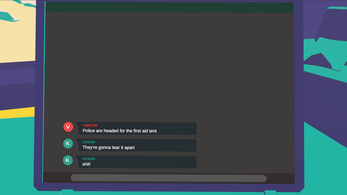 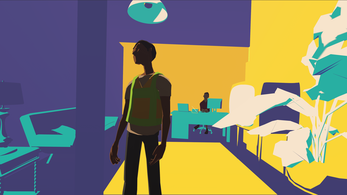 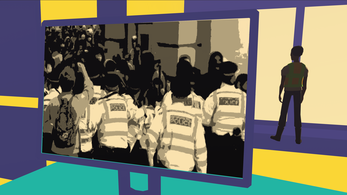 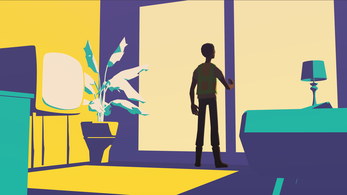